When The Storm Fades 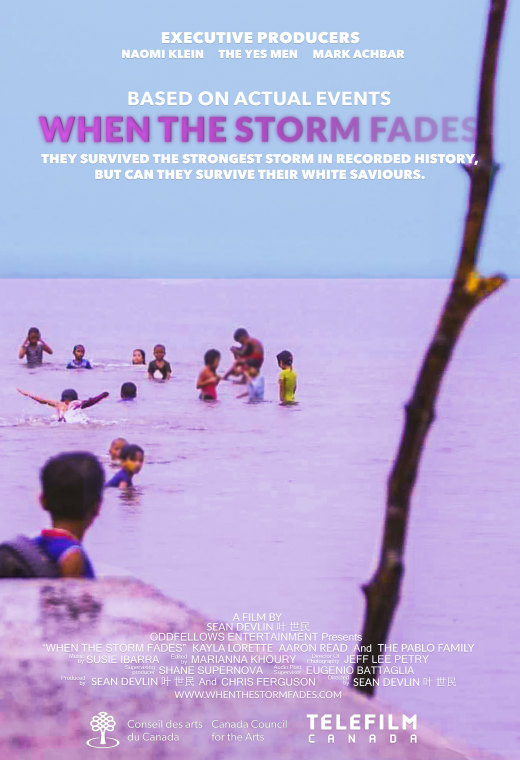 When The Storm Fades

A genre defying docudramedy starring a real Filipino family of typhoon survivors re-enacting their daily struggle to recover from the strongest storm in recorded history - 2013's Super Typhoon Haiyan. Three years after the storm, the Pablos have rebuilt their seaside home in Tacloban, one of the Philippines' poorest neighbourhoods. Their slow recovery is shaken up by two awkward Canadian volunteers planting trees in the community, played by Canadian Comedy Award Winners Kayla Lorette and Aaron Read. This foreign couple is learning the difference between helping and actually being helpful. Part comedic fiction, part dramatic re-enactment - the result is a satirical examination of the white saviour complex and a quiet meditation on grief in the era of climate change. When The Storm Fades was a prefigurative production that has improved the economic quality of life for the storm survivors that star in the film.
Host a cinema screening